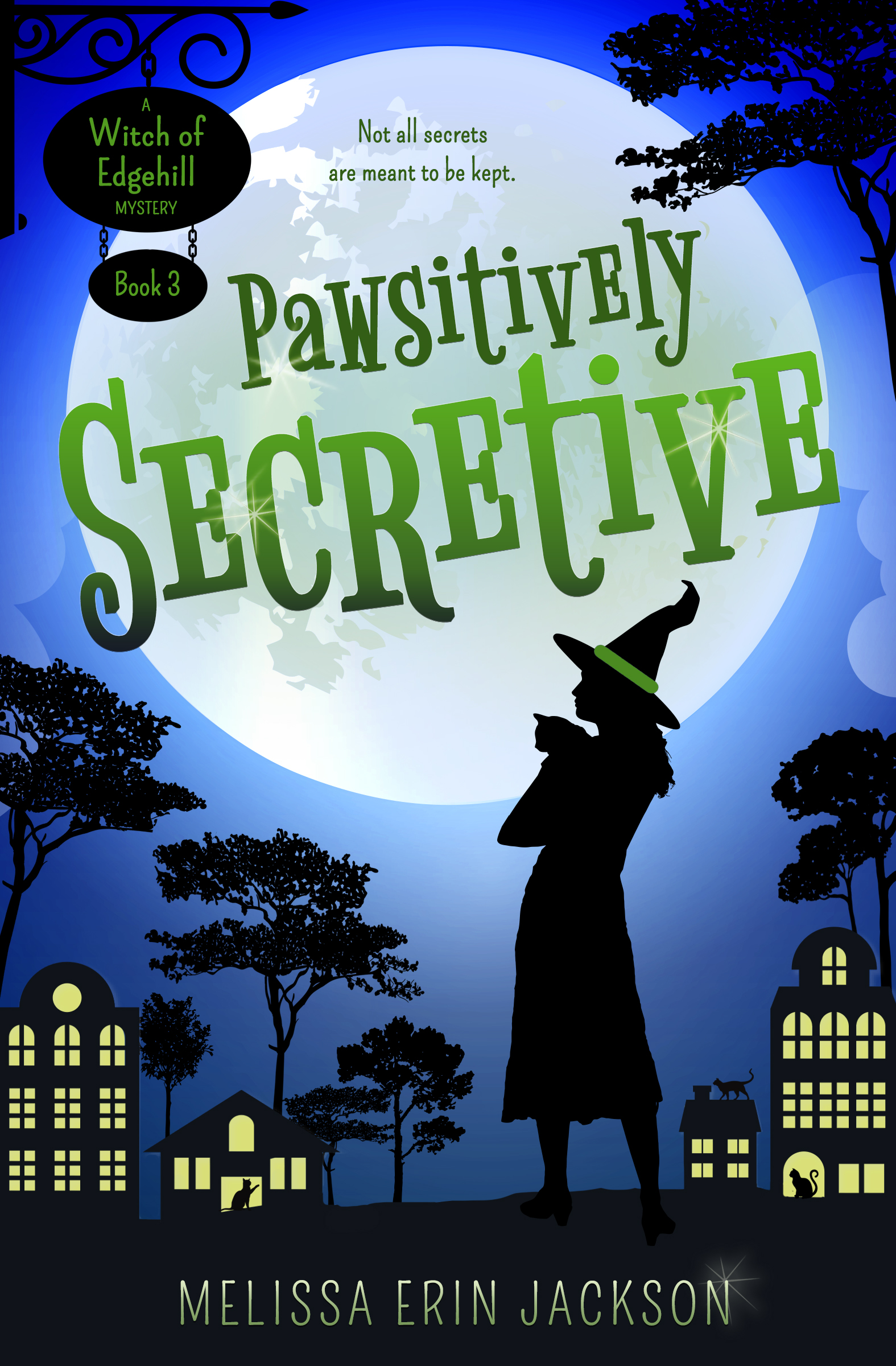 Not all secrets are meant to be kept.

After two stressful months, Amber Blackwood is determined to have a few weeks of peace before the Here and Meow Festival descends on her small town of Edgehill, Oregon. That peace doesn’t last long; when she and the committee attend a meeting at the mayor’s house, Amber is pulled aside by the mayor’s daughter, Chloe, who Amber babysat for in high school. The mayor has forbidden Chloe from dating, but she recently met an older boy through a chat app and is desperate to meet him. Amber advises Chloe to tell her father about the boy.

Hours later, Mayor Deidrick frantically puts in a call to Amber: Chloe, the always well-behaved teenager, seems to have snuck out her bedroom window—and now she’s not answering his calls. When Amber helps search the town for the girl, she happens upon Chloe’s abandoned car. Her driver’s side door is open, and while her purse is inside, her phone is gone.

Working alongside Chief Brown, Amber uses her magic to figure out what might have happened to Chloe. The more they dig, the more they unearth secrets about the mayor. The charismatic politician has both a hair-trigger temper and a suspicious death linked to his past.

As if the mayor’s increasingly strange behavior isn’t bad enough, Amber and the chief also contend with an out-of-town private investigator, nosy reporter Connor Declan, and an even nosier population of Edgehill residents who start to question why Amber and the chief are spending so much time together. Undaunted by these obstacles, Amber races against the clock to help ensure Chloe doesn’t become another statistic—assuming the mayor doesn’t stop her first.