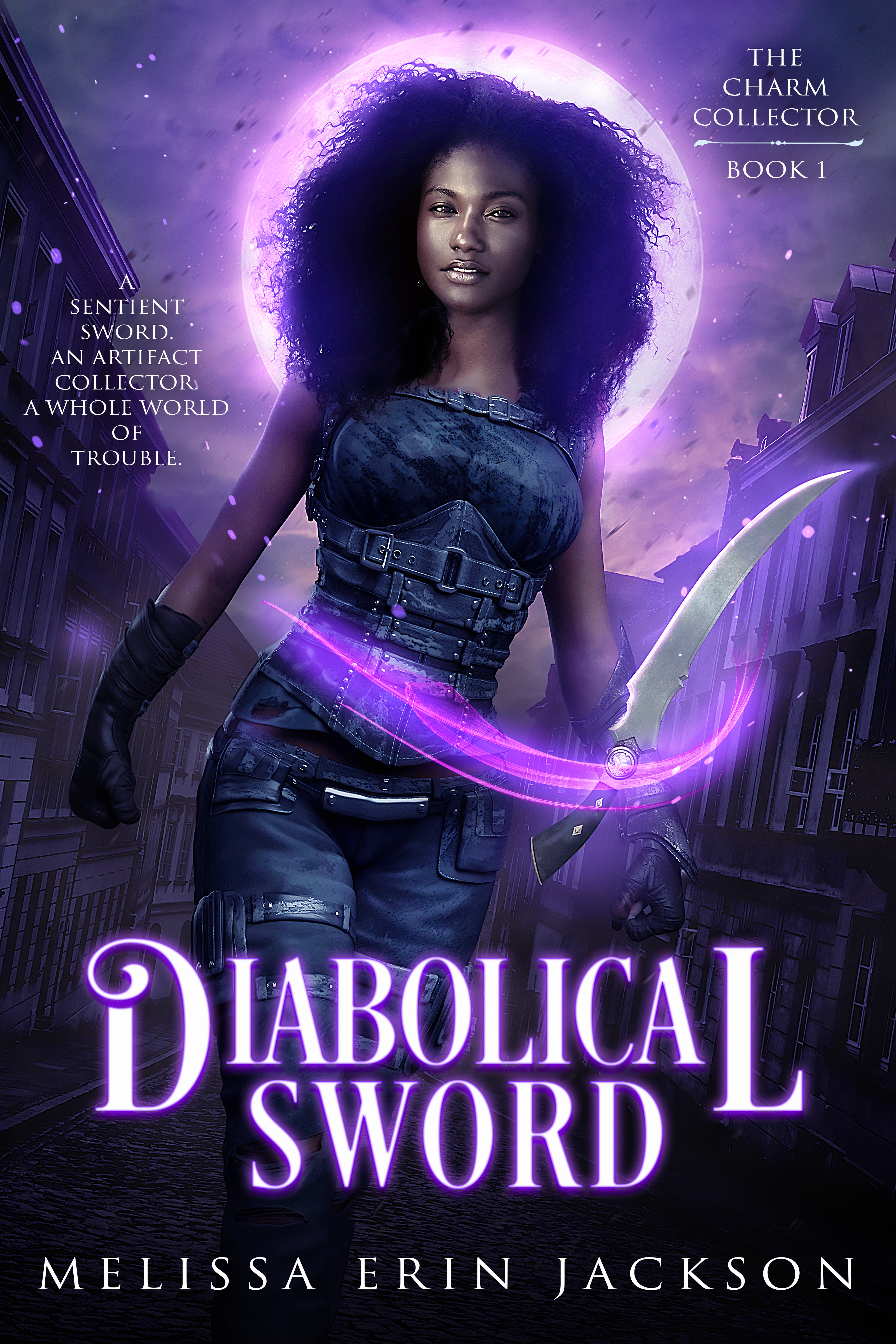 A sentient sword. An artifact collector. A whole world of trouble.

As the daughter of bounty hunters, Harlow Fletcher grew up knowing more about the criminal underbelly than the average citizen of Luma, but when her parents’ job got them killed, Harlow swore off the profession for herself. She should have chosen a completely unrelated, safer career—like accounting. But she has a knack for finding rare artifacts, namely illegal magic-laced, charmed weapons, and uses that skill when she sneaks into criminals’ homes after the police have carted them off for their latest infraction. Once she’s helped herself to any contraband she can find, she sells it to the highest bidder.

After commandeering a recent treasure trove of weapons, she’s able to unload everything but a single sword that even the most morally corrupt buyer wants nothing to do with. She can’t even throw it away; it returns to her every time. To make matters worse, a week after she brings the sword home, the police show up at her door, accusing her of murder by sword.

She fetches it to prove her innocence, only to find the strange weapon covered in blood. Now she’s on the run and desperate to figure out the history of this diabolical, murderous sword and why it’s imprinted on her—all while avoiding the bounty hunters hot on her trail, one of whom is the man who broke her heart five years ago.

She really should have been an accountant.